What do audience reactions reveal about the elements that make a Christmas ad “successful”?

Using our artificial intelligence to read thousands of tweets, we’ve delved into the reactions of this year's most talked-about Christmas ads.

We’ve looked at the language people used and what it reveals about how ads made them feel.

Keep on reading for a summary of the findings:

Among the cavalcade of colourful characters who starred in this year’s Christmas ads, a familiar face came out as the least popular with the British public.

In our recent study of over 20,000 social media posts examined the reaction to the Christmas adverts from Aldi, Boots, John Lewis, Lidl, M&S, McDonald’s, Sainsbury’s and Tesco. It found that Santa received the most negative sentiment of any character to appear in one of the major Christmas adverts.

Santa was one of the stars of the Tesco advert and caused a lot of consternation due to his vaccination status. Just 13% of posts about Santa were fully positive, according to Wordnerds AI-led sentiment engine. With calls to boycott Tesco from anti-vaxxers, the vaccinated celebrated the idea of a “safer Tesco” and mocked those reacting to the ad.

Aldi’s host of characters were universally popular, including the nod to Marcus “Radishford’s” philanthropy, Cuthbert’s arrest, Jim Broadbent’s Ebanana Scrooge and, of course, Kevin’s cameo. Cuthbert was the most popular character overall, with 58% of the posts being fully positive. Cuthbert carted off by two sour lemons perfectly captured the zeitgeist of the situation from earlier in the year. And Twitter loved it. 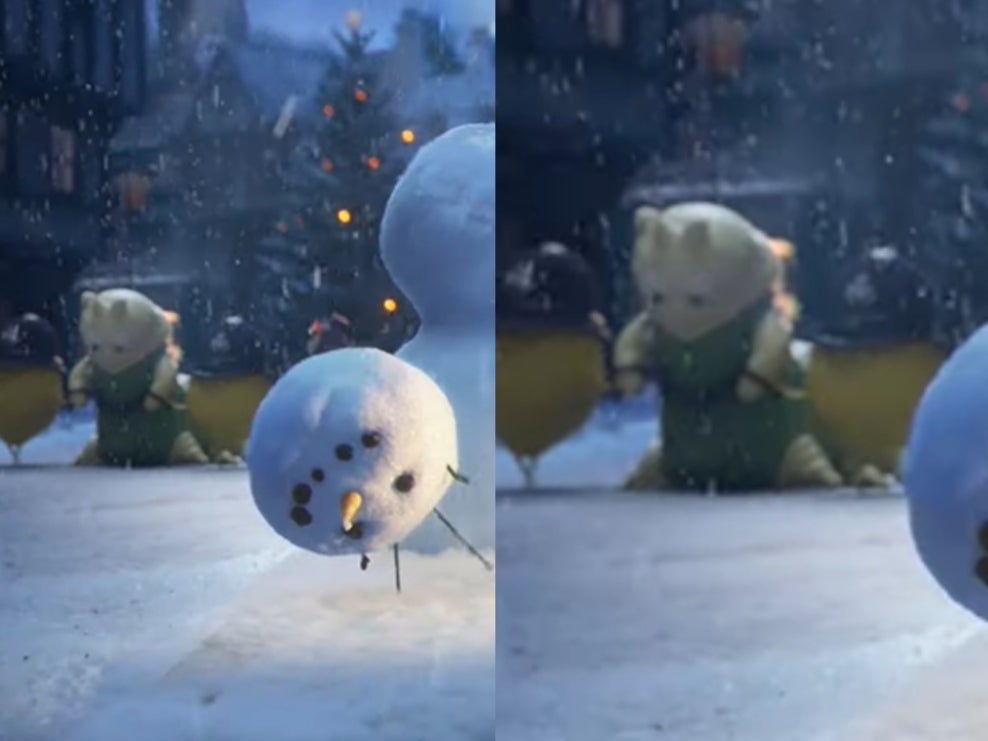 Researchers used the Wordnerds software platform, which mixes AI and Linguistics to teach computers to understand language—in all its misspelt, sarcastic glory—grouping people by the topic or feeling they were expressing, regardless of the specific vocabulary they used to articulate it

Anger for Tesco, tears for McDonald's, love for Aldi

As always, Christmas ads sparked a wide range of emotions.

Tesco sparked the most negative feedback: 37.5% of the posts aimed at the supermarket were angry. Flashing his vaccine passport was very badly received by anti-vaxxers, with some tweets citing “medical apartheid”.

McDonald’s’ advert, starring Iggy the monster, was most likely to be a tear-jerker: 28.3% of posts about the advert admitted to getting misty-eyed. But love was the most common emotion for the Aldi advert.

Wordnerds CEO Pete Daykin said of the study, “I find it outrageous that dear old Saint Nick has been so cruelly upstaged by a criminal like Cuthbert. But in arguably the most ill-tempered Christmas ad season on record, it's nice to see that by far the most popular Christmas advert was the one that celebrated kindness.”

Wordnerds reached out to Santa for comment, but apparently, he’s a bit busy at the moment. 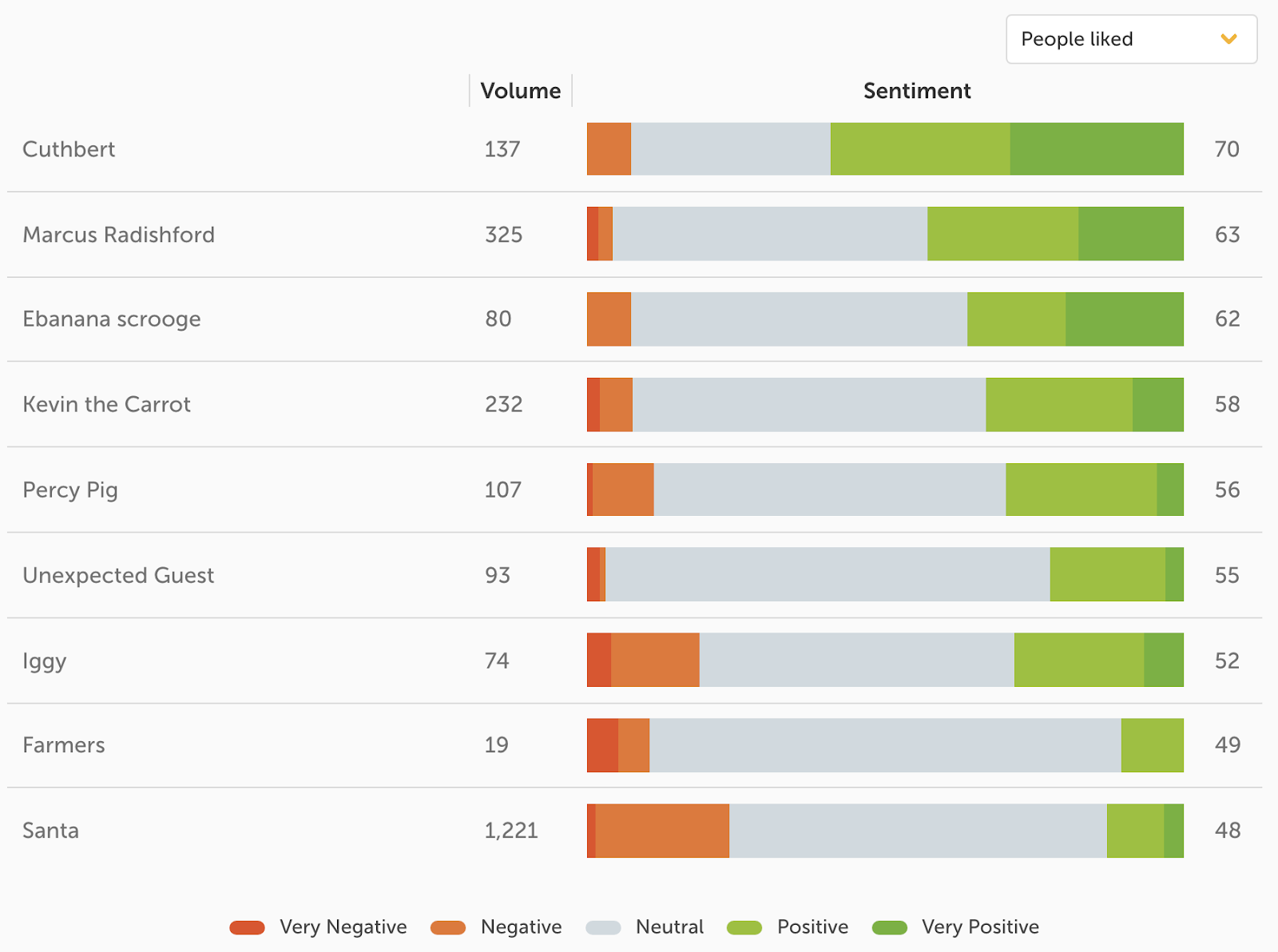 The percentages here show the proportion of the comments directed at the specific brands that pertain to each topic. (For example, 37.5% of tweets aimed at Tesco were angry).

In arguably the most ill-tempered Christmas ad season on record, it's notable that by far the most popular Christmas advert was the one that celebrated kindness.  So don't forget...